The Gulf Burqa is a light piece of fabric worn on the face. Traditionally the colour of the burqa was predominately red, known locally as »nili«. It was a firm, shiny cloth imported from India for over 100 years.  Some believe the design of the burqa deliberately mimics the features of the Saheen, the falcon, a traditional Arabic symbol of grace, pride and strength. Because of the lack of written records about its history, the origin of the mask is uncertain, and speculation has it coming variously from Yemen, Oman or even further a field, from the Muslim communities in India. Among the Arabic tribes of the Gulf, at some point the metallic finish was added – a development now lost in time but which has been handed down through successive generations.

»It is meant as decoration for the face, to beautify the woman beneath – not to suppress or hide her features. In this age of globalization where western values influence the Arabic way of life, forcing alien ideals on the culture of this region, I fear the burqa will naturally fall into disuse«. 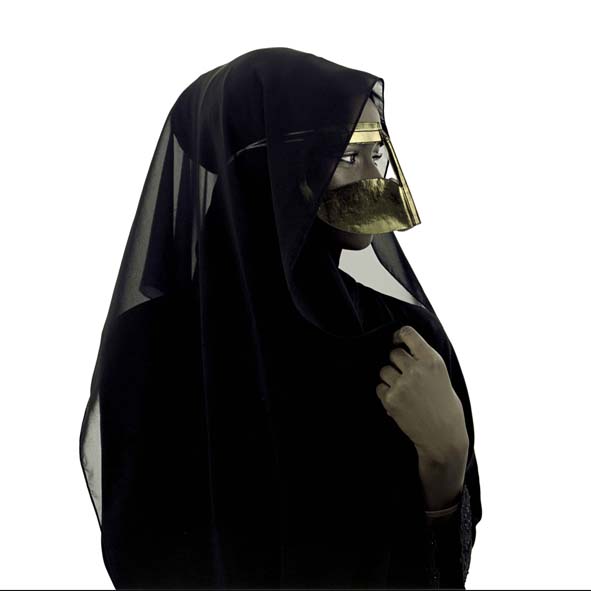 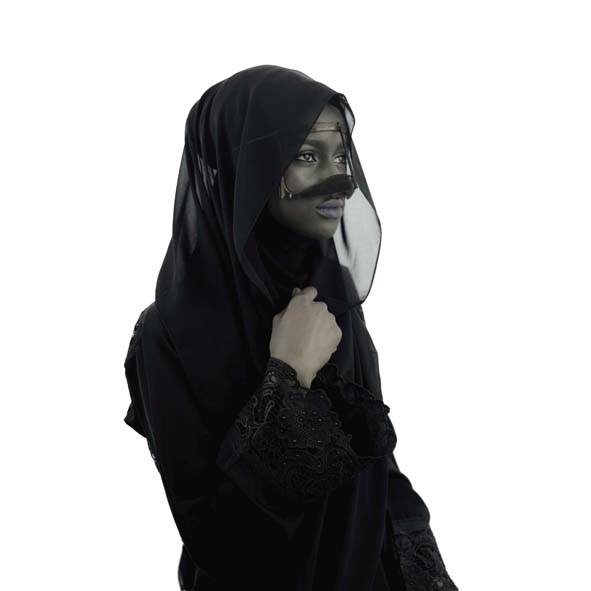 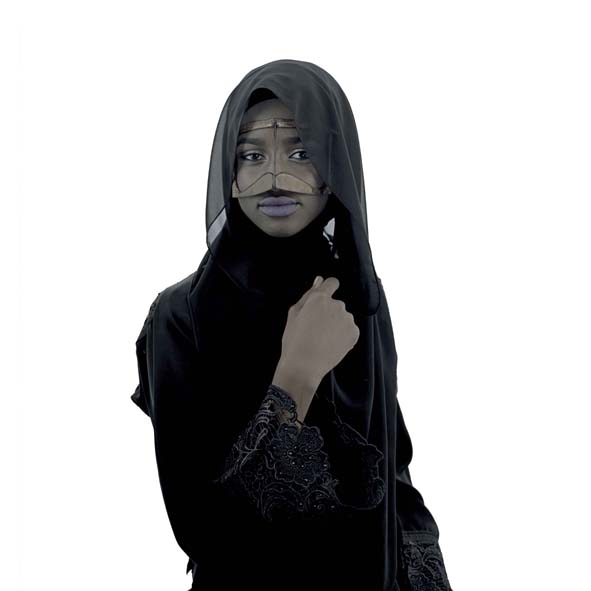 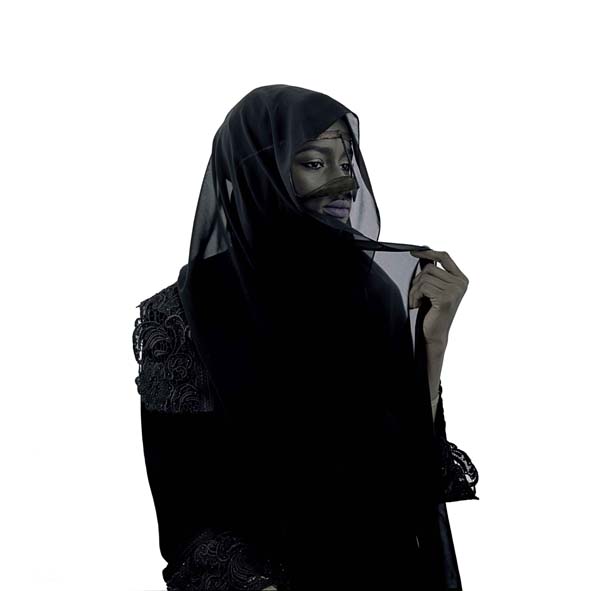 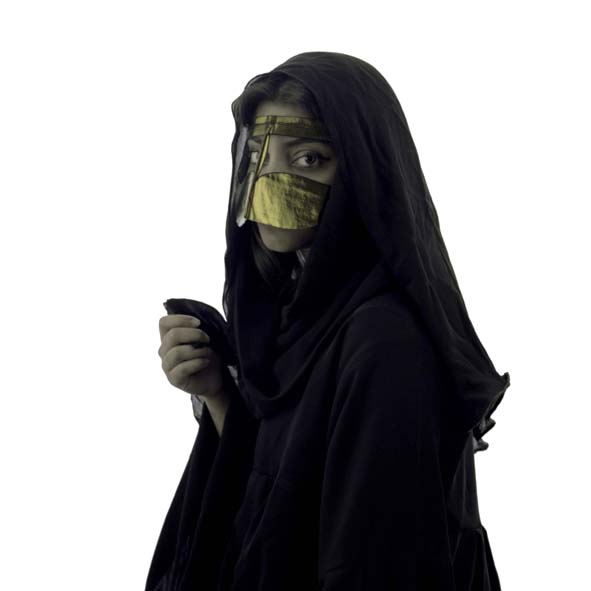 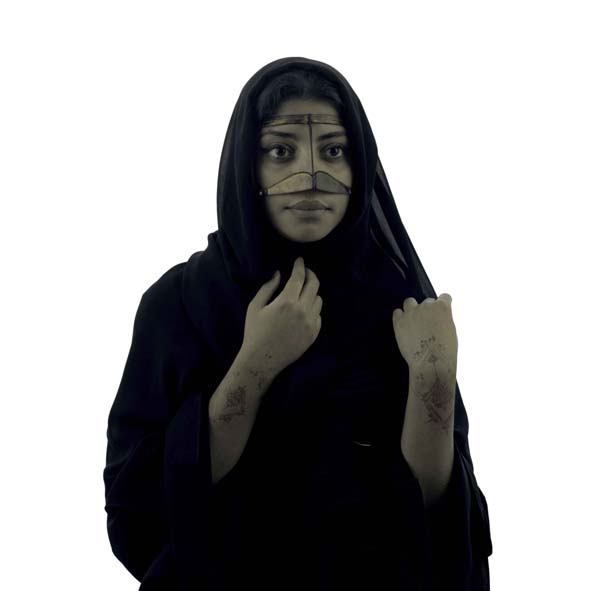 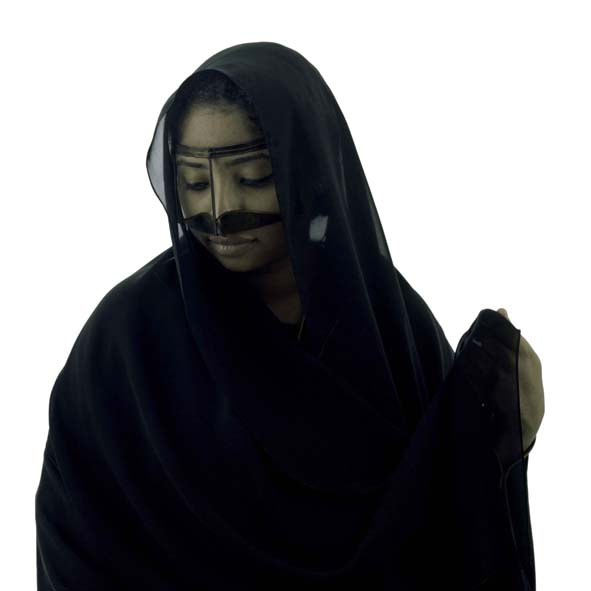 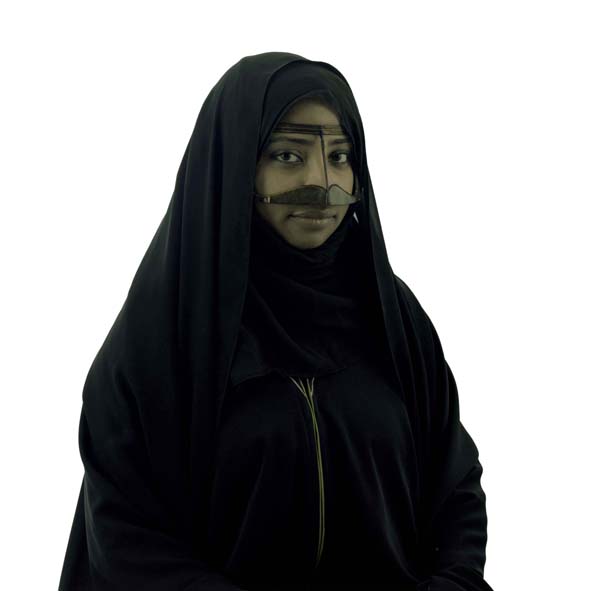 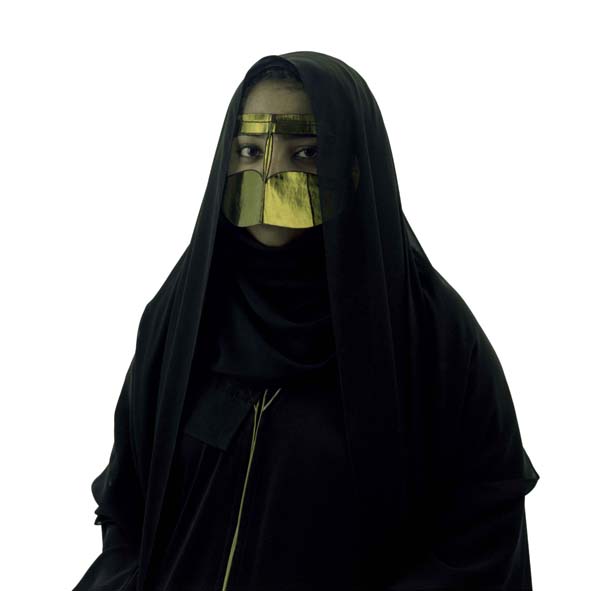 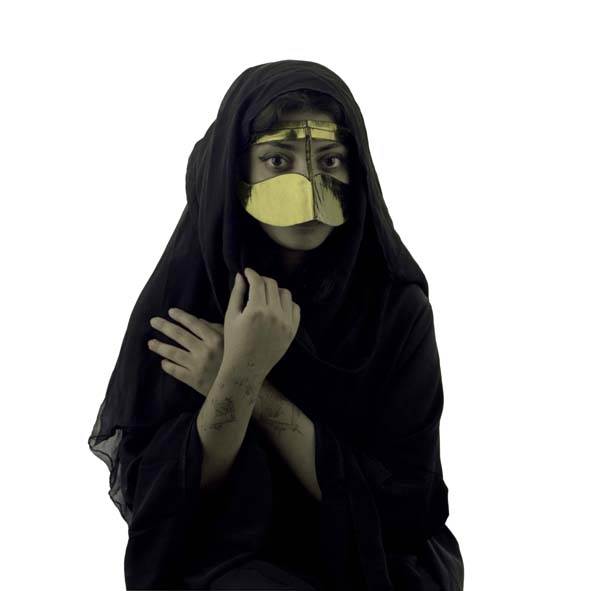 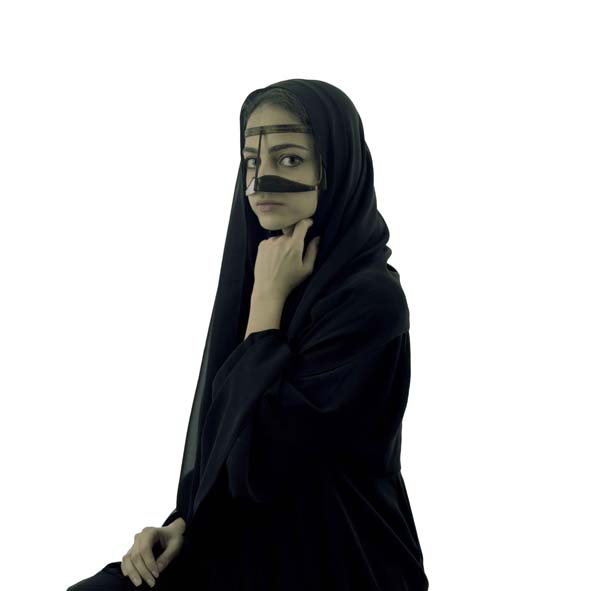 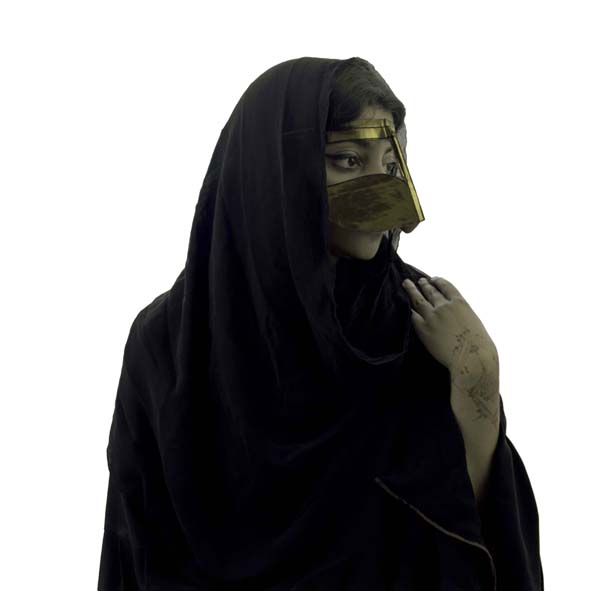